A recent survey from ClickZ found that 56% of marketers, particularly advertisers and agencies, consider themselves beginners when it comes to mobile advertising. Quite worrying, especially considering that an increasing amount of budget is being allocated to mobile advertising every year.

With this in mind, it seems the right time to publish another comprehensive mobile advertising guide, which we hope will be as useful and popular as our 2014 Advertising and Marketing guide proved to be. With so many industry developments over the past couple of years, this guide will help you distinguish your instream from your outstream, discuss programmatic and look in-depth at campaign measurement metrics, plus much more. Let’s get started…

We all know that the industry is inundated with buzzwords and terminology which are enough to give you a headache. We’ve selected terms that are relatively new to the industry mixed in some older terms (just in case you need a refresh).

Campaign metrics (Data and statistics) are extremely important in measuring the effectiveness and success of all mobile campaigns. More and more metrics have emerged the last few years due to new ad formats. 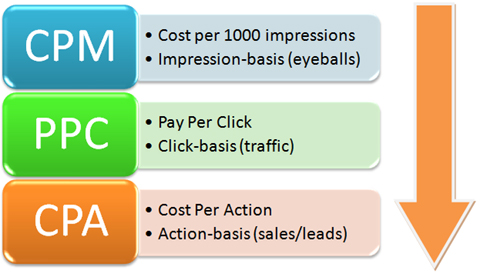 As mobile advertising has grown and technology improved over the years, a need has developed for much more advanced and sophisticated advertising, especially in light of issues such as ad-blocking and viewability. Advertisers want high-quality ads that drive brand awareness and users do not want to be bombarded with unattractive, intrusive ads. The past couple of years has seen more innovative mobile video ads be developed.

Outstream allows for a video advert to be placed within the content of a web page, e.g. in between paragraphs of text on text-heavy websites. Outstream ads aim to promote increased viewability, only playing when the ad is between 50% to 100% in view, depending on the ad network. The choice is up to the user whether or not they continue to watch the ad, which ultimately leads to valuable eyeballs if the advert is watched. If the user does not engage with the ad and continues scrolling, the ad will stop playing and slide out of view. Outstream advertising is one of the newest mobile ad formats which aims to create a more seamless experience for users and publishers whilst at the same time providing genuine viewability for advertisers. Outstream ads do not act as a barrier to access like many other ad formats, therefore, they are viewed more positively than other the more intrusive ad formats. Instream video ads play within a video player, meaning that there needs to be video content on a web page or app for the ad to essentially be attached to. Instream ads normally follow under one of the following types; pre-roll, mid-roll or post-roll. These are pretty self-explanatory – your ad will either be shown before, during or after video content on a publisher’s web page. Each has differing levels of effectiveness. Mid-roll can be said to be the most effective in terms of completion rate as the viewer is already engaged in the content, therefore, more likely to sit through a 30-second ad. Post-roll can be considered the least intrusive, but there is no guarantee that the user will reach the end of the content to be shown the ad.

Pre-roll is the most popular instream format  typically enabled with VAST tracking which enables advertisers and agencies to track the play events of an ad campaign including the number of click-throughs and the number of views which reached the first, second, third or fourth quartile. Having this data enables brands to have consistent metrics across different ad networks and also make more informed decisions about their brand.

Banners have come a long way from the garish, online display banners that people normally associate the word ‘banner’ with. Mobile video banners now offer more high-impact advertising which includes rich-media, interactive options. Typically video banners are enabled with click-through interactivity, giving the user the option to play the banner full-screen and then on completion offering the user the ability to share the video ad to their social networks or taking them to find out more about the product or a landing page.

Programmatic is simply the use of technology, namely computers, to buy and sell ads, in comparison to human interactions. The programmatic system of ad buying simply takes away the need for humans to carry out menial tasks. We are still extremely important for campaign management, optimising campaigns and planning strategies, however, programmatic makes the process  of buying and selling ads that much easier.

Viewability concerns many people within the advertising industry. First, there are no formal industry guidelines set by the IAB or Media Rating Council (MRC) meaning there is ambiguity surrounding how mobile ad viewability should be measured. Second, brands are unsure whether their mobile ads are viewed at all and thirdly, brands are also unsure whether they are paying for ads that aren’t actually visible. The Media Ratings Council are aware of the problems and have stated that 2016 is the year that they will focus their attention on mobile ad viewability measurement, rather than desktop, where behaviours are said to be different to those on mobile. It’s worth keeping note of developments this year to see whether any formal guidelines are eventually made. This will have a huge effect on the whole industry, forcing all players to dramatically rethink how mobile campaign results are tracked and reported.

We’ll end our Mobile Advertising Guide 2016 with some interesting, need-to-know facts and figures which could come in useful for your marketing efforts.

AdSpruce prides itself on being a leading mobile video ad tech platform, delivering native video, outstream video, full-page interstitial, pre-roll and video in-page mobile adverts. To find out more about how AdSpruce can help you, visit the website.

We hope you found the AdSpruce mobile advertising guide useful. If you have any comments the let us know through our Facebook, Twitter or Google+ pages.